Skip to content
Home
/
How A Joke Led Engineers To Give Solar Cells A Boost With Caffeine, Too

It’s actually a bit of a tired old joke: See something that needs a little lift? Maybe it could use a cup of coffee. Hilarious.

But when engineers at the University of California-Los Angeles (UCLA) made the same quip, it led to a breakthrough in solar technology.

“One day, as we were discussing perovskite solar cells, our colleague Rui Wang said, ‘If we need coffee to boost our energy then what about perovskites? Would they need coffee to perform better?'” recalled Jingjing Xue, a UCLA PhD candidate at UCLA.

As it turns out, the caffeine in coffee is an alkaloid compound, which can be used to improve the thermal stability of the perovskite crystal layer that actually harvests light in some solar cells. Researchers have tried introducing other compounds to the precursors of perovskite materials, but no one had worked with caffeine before. 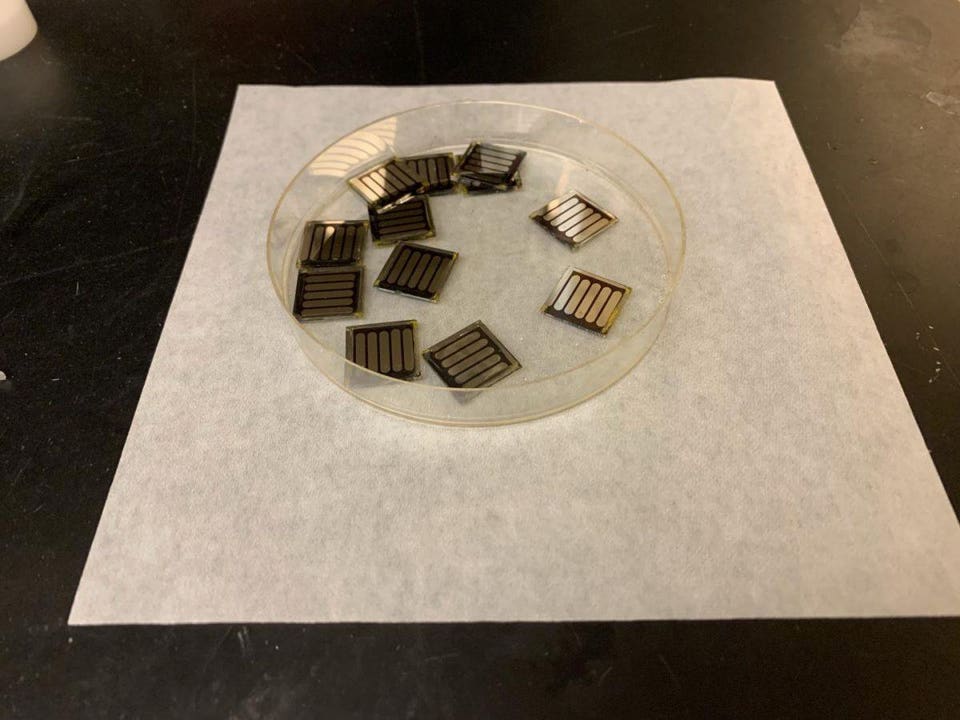 The result was that caffeine interacted with lead ions in the layer to create a “molecular lock” that boosted the solar efficiency of the cells from 17 percent to 20 percent. The lock even persisted when the material was heated.

The team has published a study in the journal Joule.

“Caffeine can help the perovskite achieve high crystallinity, low defects, and good stability,” said Rui Wang, who is also a PhD candidate in UCLA professor Yang Yang’s lab. “This means it can potentially play a role in the scalable production of perovskite solar cells.”

The researchers believe caffeine will likely only work with perovskite cells, which may give them an edge in the marketplace on top of the fact that the variety is already less expensive and more flexible than many other options.

“We were surprised by the results,” says Wang. “During our first try incorporating caffeine, our perovskite solar cells already reached almost the highest efficiency we achieved in the paper.”

This article originally appeared on