Skip to content
Home
/
This Week In Credit Card News: Growing Use of Tap-And-Pay; Why Refunds Are Given With Prepaid Cards

A growing number of companies in numerous industries now routinely provide rebates and refunds in the form of prepaid debit cards. According to some estimates, paper checks are twice as expensive for a business to process and mail out as prepaid cards, so big companies can save piles of cash. Meanwhile, financial firms issuing the cards on businesses’ behalf gain access to potentially millions of new customers, who instantly become fair game for marketing campaigns. Studies show that prepaid cards frequently are forgotten by recipients. In such cases, the unused money can be turned over to state authorities or can be consumed by the card issuer in the form of high-priced maintenance fees. [The Los Angeles Times] 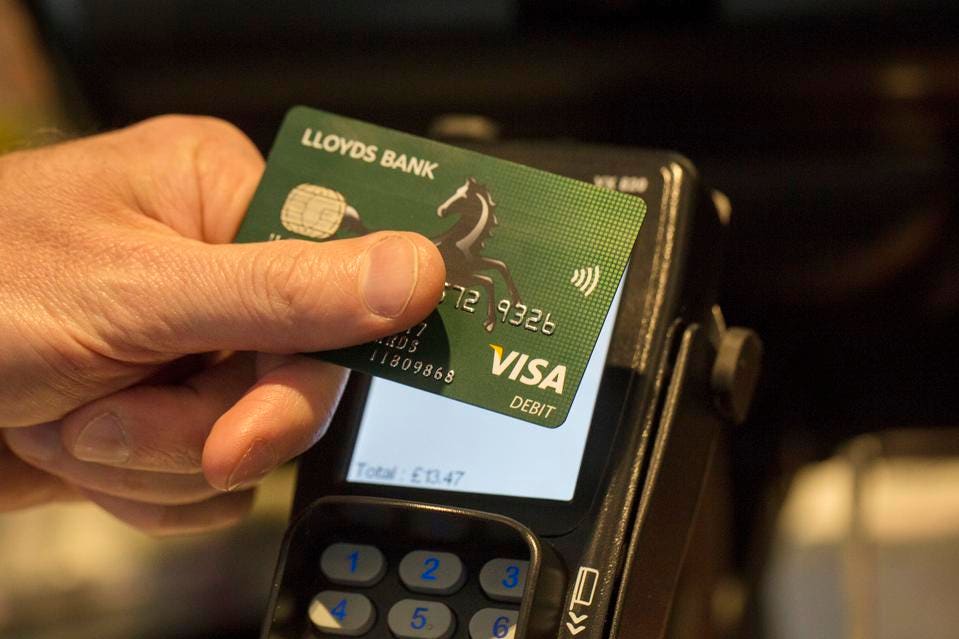 Consumers are paying more often with tap-and-go credit cards. And issuers are trying to meet that demand. (© 2015 BLOOMBERG FINANCE LP

A New Way to Tap and Pay

U.S. credit card and debit card issuers are hopping on the tap-and-pay bandwagon. Contactless payments are typically speedier than transactions in which you insert a card into a chip reader. All newly issued and renewed Chase Visa consumer credit cards now have contactless-payment capability. Chase Visa debit cards will carry the technology starting in the second half of 2019. Capital One added

contactless technology to its Quicksilver, Savor and Venture credit cards last year. Among U.S. merchants that accept Visa payments, 78 of the top 100 (ranked by number of transactions) can now handle contactless transactions. Target announced that it would soon take contactless payments; other merchants accepting them include Costco Wholesale, CVS Pharmacy and McDonald’s. [Kiplinger]

Half of Millennials Are Spending Above Their Recommended Credit Limit

Chase Plans Expansion In Top US Markets In 2019

Chase has announced it is expanding its retail footprint into nine of the top American markets, as well as opening dozens of new locations in the greater Washington, D.C area, Philadelphia and Boston. Chase plans to open 90 new branches and hire 700 employees by the end of 2018. Over the next five years, the bank plans to open 400 new locations, which will need about 3,000 employees. The bank said about 30% of the branches will be in low or moderately low income communities. [PYMNTS]

Citi Prestige Credit Card holders will soon get access to up to $1,500 in cellphone theft and damage coverage each year. The coverage, which starts May 1, offers up to $1,000 per claim for five eligible cellphones per account when you pay your monthly cellphone bill with the card. Claims can be filed online, with a $50 deductible per claim. Most cards with cellphone coverage feature a maximum benefit of $200 to $600 per claim, with deductibles ranging from $25 to $100. [US News]

Wells Fargo Says Its Culture Has Changed. Some Employees Disagree.

Wells Fargo has spent years publicly apologizing for deceiving customers with fake bank accounts, unwarranted fees and unwanted products. Its top executives say that because they have eliminated the aggressive sales targets that spurred bad behavior, the bank’s culture has changed. Many employees say that is news to them. Some Wells Fargo workers say they remain under heavy pressure to squeeze extra money out of customers. [The New York Times]

The recent cyberattack on enterprise technology provider Citrix Systems using a technique known as password spraying highlights a major problem that passwords pose for companies: Users who select weak passwords or reuse their login credentials on different sites expose their organizations to compromise. On March 8, Citrix posted a statement confirming that the company’s internal network had been breached by hackers who had used password spraying, successfully using a short list of passwords on a wide swath of systems to eventually find a digital key that worked. [Dark Reading]

British bank NatWest is trialling the use of a new NFC payment card with a built-in fingerprint scanner. The trial will allow its participants to make NFC payments (called “contactless” in the UK) without needing to input a PIN or offer a signature. The standard £30 limit for contactless payments will not apply when the fingerprint is used. The fingerprint data is stored locally on the card, meaning there’s no security information for a hacker to be able to steal from a bank’s central database. Biometric authentication has become a standard component of NFC mobile payments, but they’ve failed to find a home on traditional bank cards. [The Verge]

Navy Federal Credit Union, the nation’s largest credit union, has overhauled its online shopping portal, renaming it Member Deals and increasing ways for credit card holders to earn pumped-up rewards by making purchases through the site. Navy Federal’s portal makeover includes over 900 retailers with opportunities to earn as much as 15X points or 15% cash back, depending on the merchant. [NerdWallet]

Mastercard announced plans to acquire cross-border account-to-account money transfer platform Transfast. Building out several segments of cross-border payments can aid in Mastercard’s global ambitions, while opening up new streams of revenue. The acquisition will open up more revenue-generating opportunities for Mastercard beyond its core card offerings, which could be especially important a time when interchange and network fees–important sources of revenue for the firm–are being met with regulatory barriers globally.