Skip to content
Home
/
Want to Push Your Luck this St. Patrick’s Day? Put a Plan in Place.

You’ve probably heard the saying, “If you’re lucky enough to be Irish, you’re lucky enough.” But what exactly does the ‘luck of the Irish’ mean? Anyone familiar with the history of Ireland will tell you that the Irish have spent much of theirs battling adversity, subjected to conquests and invasions, a devastating potato famine that drove millions to distant shores, and civil war, among others. So, where did the expression originate and why? Does luck simply refer to the will and determination to overcome hardship and misfortune? The ability to maintain a positive perspective when faced with misfortune? Or something else entirely?

There seems to be two schools of thought on the topic. According to Edward T. O’Donnell, an Associate Professor of History at Holy Cross College and author of 1001 Things Everyone Should Know About Irish American History, the saying is actually an old miners’ expression. O’Donnell explains on the website, Irish Central, that during the 19th century gold and silver rush in the US, a number of very successful miners of Irish and American birth found their ‘pot of gold’. At that time, the expression was considered a pejorative term, inferring that ‘only by luck’ did the Irish miners succeed in their quest for gold vs. knowledge, skill, hard work, and determination.  Others believe the term comes from the legend of the ‘Little People’ or Leprechauns. According to Tour Ireland, finding or catching a leprechaun (who would then be required to give you gold) was a lucky event that could only take place in Ireland.

Like many expressions, meanings change over time. Today, when Irish and non-Irish Americans enthusiastically toast to the luck of the Irish over pints of green beer on St. Patrick’s Day, they’re simply wishing each other good fortune and the hope that serendipity plays a positive role in their lives. 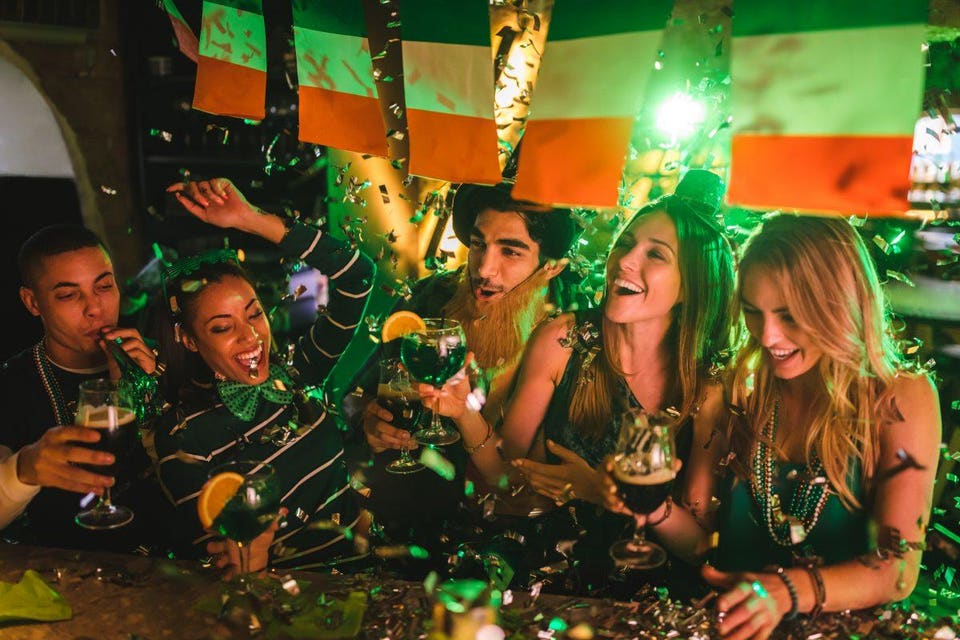 Good luck is a universal, human desire. Who among us doesn’t welcome a little luck when it comes to holding the winning lottery ticket or experiencing a big career break? But is luck pure chance or can you take steps to invite more of it into your life?

When it comes to defining the role luck plays in our educational opportunities, career advancement, investment success, and the relationships we value the most, I’m inclined to agree with the Roman philosopher Seneca the Younger (c. 4 BC – A.D. 65) who said , “Luck is what happens when preparation meets opportunity.”

Think about one of your earliest experiences with preparation—studying for exams in school. While a select few can get away with absorbing enough information to ace a test by simply attending class, the majority of us rely on focused study habits to achieve that end. In other words, the hard work that goes into preparation.

Over the years, I’ve met with a number of prospective clients who, when asked what they would like to achieve in a fulfilling financial future, said they “hoped” to be “lucky enough” to enjoy a comfortable retirement. But hope and luck are not goals. In fact, hope isn’t even a strategy. I have to invoke Seneca once again here (the man was apparently a big proponent of the power of preparation): “If one does not know to which port one is sailing, no wind is favorable.”